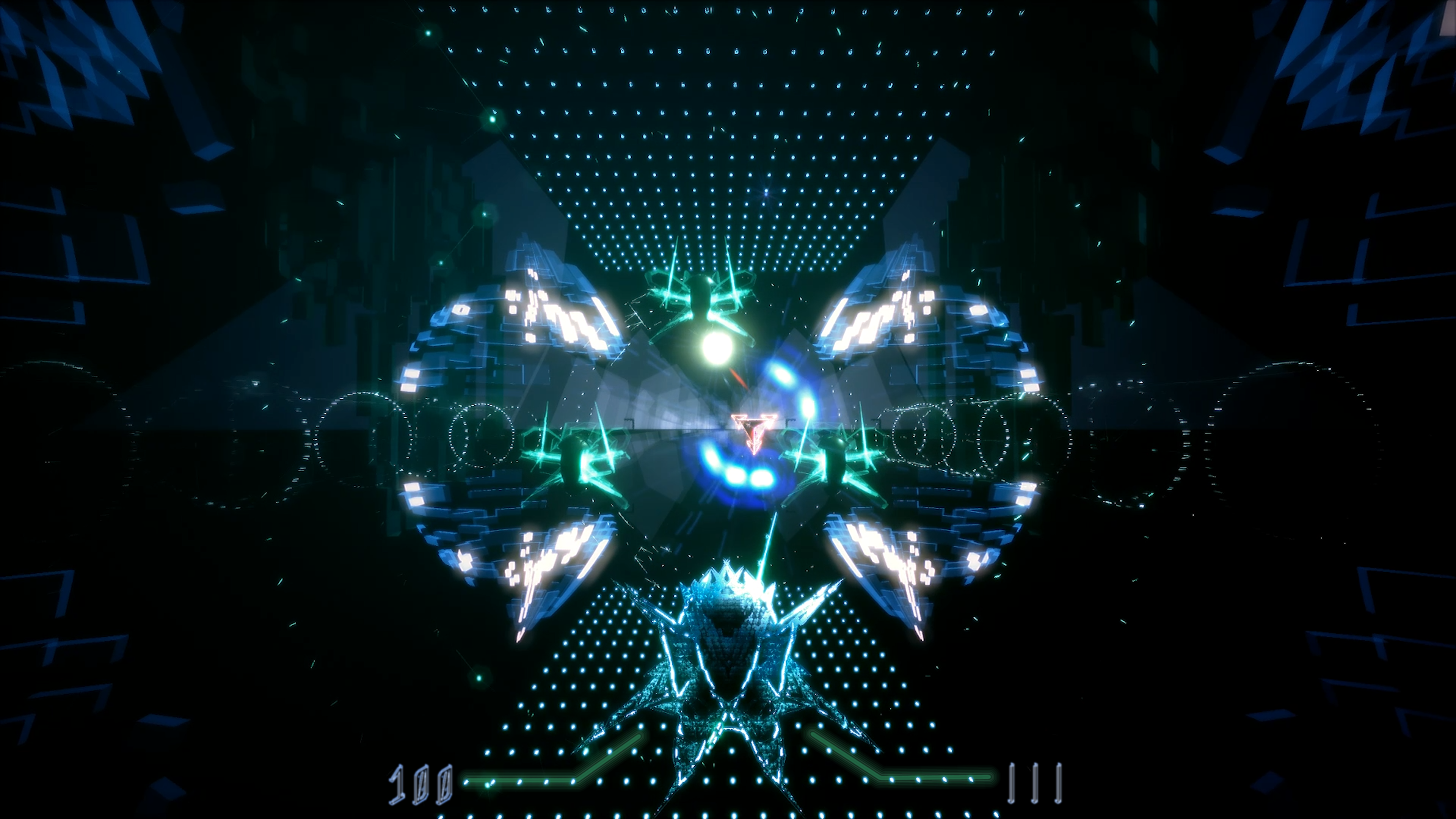 Front Line Zero is a hybrid rail-shooter, bullet-hell and rhythm game set in a futuristic cyberpunk universe. The year is 2235. The global elite have fled the dying Earth and isolate themselves in the Lunar Colonies. The surface is ruled by tyrants, criminal syndicates and mega-corporations. To free the world, you must ???? ??? ??????.

Inside a unique vision of cyberspace, the player takes on the role of a hacker, represented by a software avatar. To uncover a far-reaching conspiracy, they will attack the computer systems of powerful adversaries and resist the machinations of a god-like AI.